Planning was originally sought in January 2017 to demolish the existing outbuilding/garage at the Manor House in Shillingstone, and erect a new outbuilding.  Plans were submitted for a 2 storey building to include a single garage/workshop, pool house and games room.

We have been following the construction and working with the clients on this extant build, which is now nearing completion. Externally, part of the original brick/flint wall has been maintained and incorporated into this stunning modern design.

Photographs taken from the first floor, show the clever use of hidden guttering for a cleaner, contemporary look.  With no overhang, which you would get from using traditional guttering, looking up from the ground gives a seamless view to the slate roof and beyond. 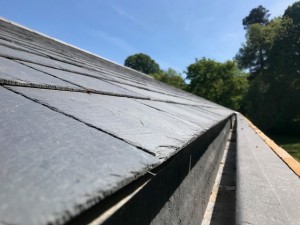 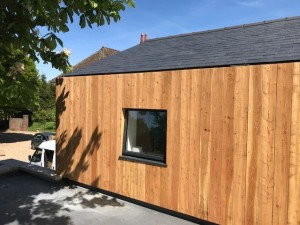